“The Lazarus File” (June 2011 issue of The Atlantic) was named best magazine article of 2011 in two categories: News Investigative and Feature Writing.

My history of the LAPD’s Cold Case Unit, “Not Forgotten,” (November 2011 issue of Pacific Standard / Miller-McCune Magazine) was honorable mention in the News Investigative category.

I am grateful to the LAPD, my editors, and everyone who spoke with me while I was reporting the stories. It is a real honor to have my work recognized by my peers. 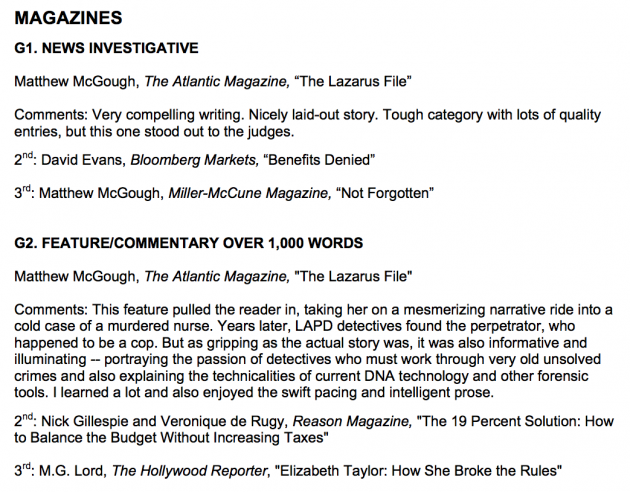